On November 22nd 1963, Dallas, Texas, President John F Kennedy was assassinated by Lee Harvey Oswald, or so the media and government would have us believe. A sad day indeed in the history of this nation, for JFK stood for change and peace and downscaling on the nuclear armaments between USA and USSR. 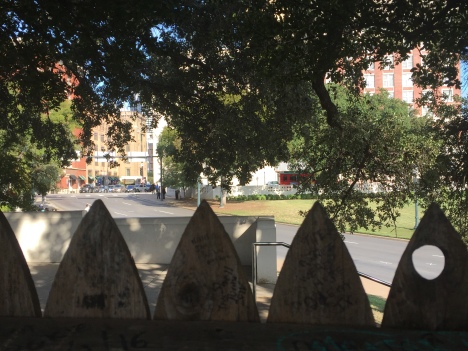 picket fence behind the grassy knoll

It was the start of the swinging sixties and the space race and he made the mistake of trusting those around him to protect him from a lone gunman in a book depository, with a rifle shooting at him from a sixth floor window, whilst he was leisurely driven past in an open-top car, like a duck in some fairground attraction or some starlet waving at adoring crowds.

CSI Finnigan believes in a conspiracy

I kid you not, being there finally, after many years of hearing and watching this sad story was a quite eerie feeling, you can position yourself at the various key points, except perhaps in the middle of this notsobusy road, but it just seems so strange that from the vantage point Oswald had with the car heading towards him, he would wait for the most difficult shot through the trees while the car was moving away from him, now that bit is crazy.

Yes, you detect a non-believer, I stood on the Grassy Knoll, I stood behind the picket fence, I am not claiming to be a forensic expert, but logic tells me that not all is what it seems. At end of this sad day, the President was dead and Oswald was soon to follow at the hands of Jack Ruby.

view of an easier shot 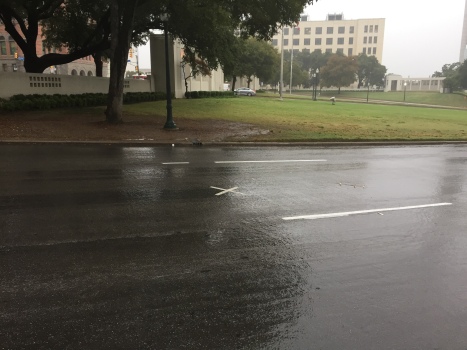 X marks the spot of the first shot