Walking with leprechauns on the Emerald Isle

100 years out on my birthday and cannot spell my name correctly, so I must be in Ireland

We reunited with Doglas, I am reliably informed by Sharki3 that I have a bromance with him, while I think, he is a secret brother of hers, anyhow, we had volunteered together in Mazabuka, Zambia nearly two years ago and since then, he had returned to his native Brazil and then relocated to Ireland, to a small town south of Dublin called Bray, where he works at the Happy Pear restaurant. 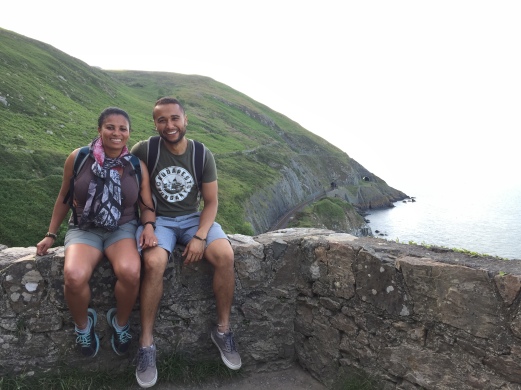 stunning views at top of our mini hike

His English language has changed and without the Portuguese sounding, he now has an Irish slant to his English speech, coupled with a sprinkling of a Latino accent, either way, it makes for great fun when he is telling us a story of life in Ireland, as if he were born and bread on this tropical paradise.

I am so out of practice, but it tastes soooo good

Our reunion had been at a train station in Greystones and from where we later walked the 6 kilometres back to Bray, along the stunning coastline for some much-needed food and drinks, only Guinness will do I might add. Just to test our fitness the next day, we headed to Glendalough, a beautiful nature reserve, where we put on our walking boots and off away on a 16 kilometre hike across this stunning part of the Irish countryside. 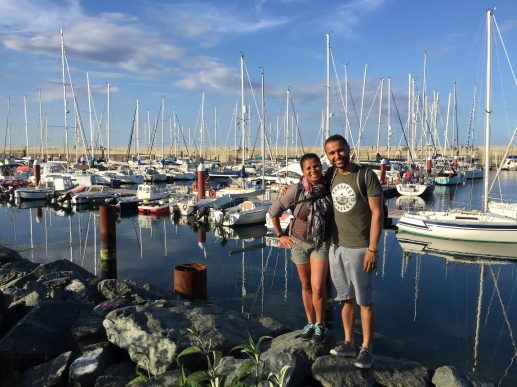 It took us some four hours in the searing Irish heat, I do not jest, it was 28 degrees centigrade and we had been blessed with the best weather in Ireland for many a month.

Doglas heads to Germany to continue his studies while we headed to Dublin airport, avoiding the toll road on the only road that gets you there, and on to England for our last week before our homeward voyage. 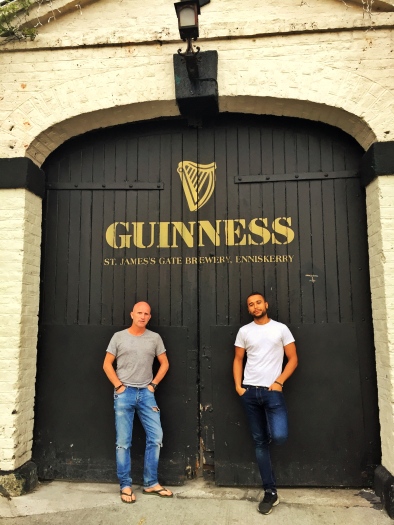