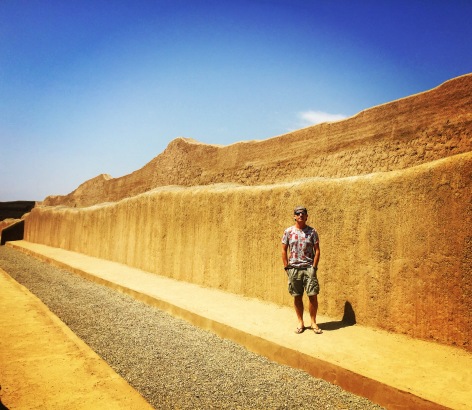 Venturing about fifteen minutes outside of Trujillo centre is a pre-Inca one thousand-year-old archaeological city called Chan Chan (means Sun, Sun), built by a local Peruvian ethnic group, the Chimu. 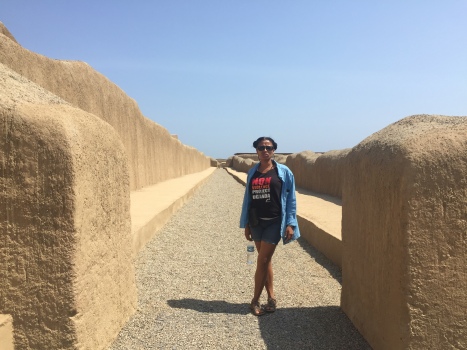 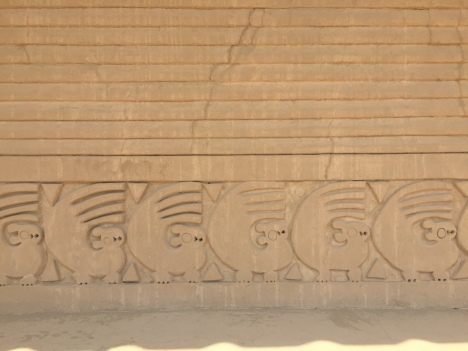 Chan Chan had tremendous wealth in its heyday but was subsequently looted by the Spaniards when they arrived and constructed Trujillo as their capital in the region. 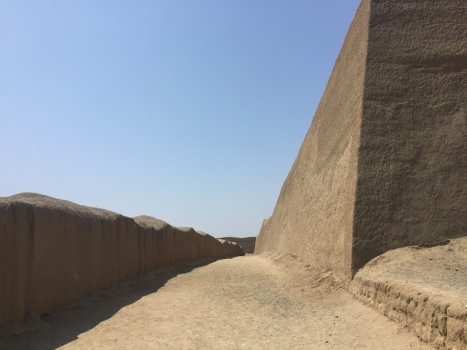 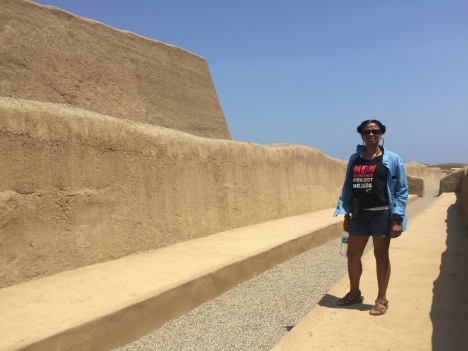 Today, the silence is truly golden out here, in this 20sqkm site where up to 60,000 people once lived. Nowadays a tourist attraction fastly eroding due to the change in weather patterns, the rainfalls gradually reducing the heights of the walls. 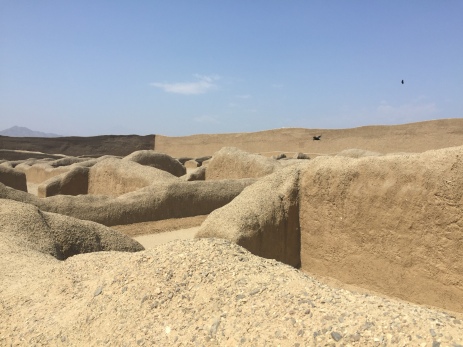 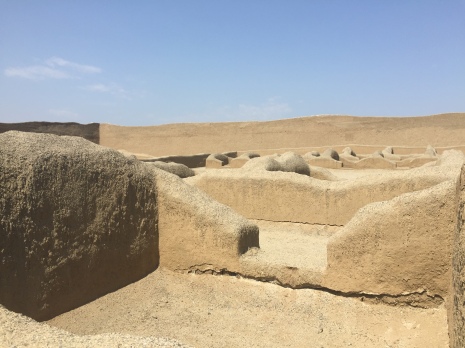 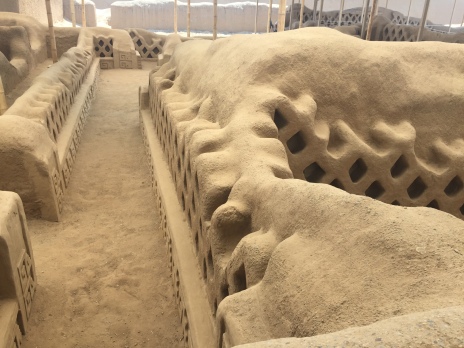 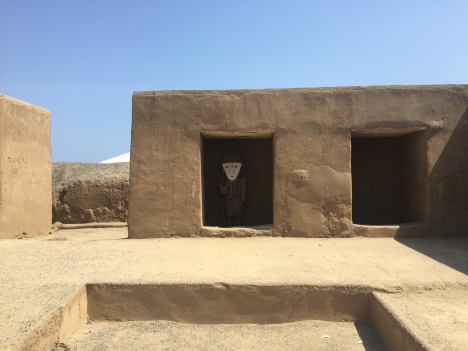