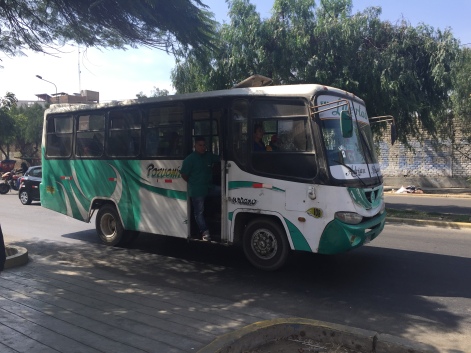 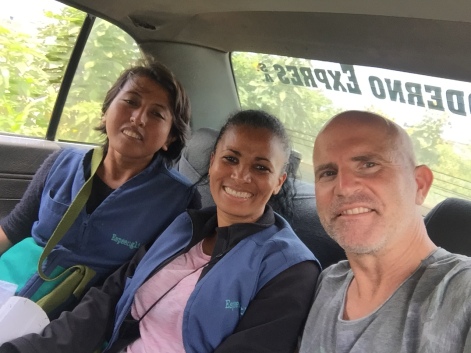 A big part of our journey is navigating the various public and private transport systems around the world. Sometimes the systems are straightforward, such as, the language is no issue and it’s organised and obvious, but mostly, there are language barriers and each system, whether it be taxi, bus, boat, train, metro, plane or other, has its own system and logic, so we have to be fast learners and adapting quickly. When tired and carrying a backpack it can be a challenge to remain sane, or like us, just soak it all up, adapt and keep moving forward in the general direction. 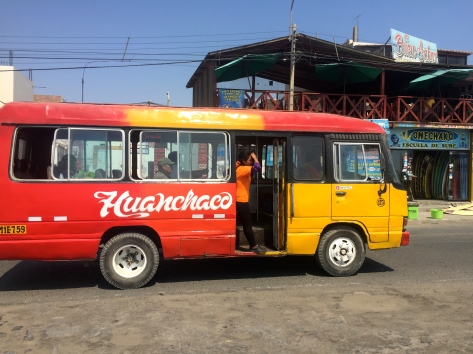 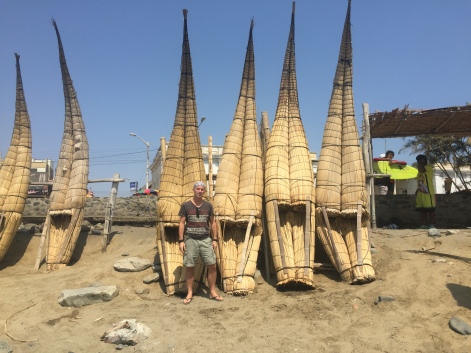 Now and again it’s a pleasure to sit on a beachfront fishing village and watch the fishermen spread their nets and prepare themselves before launching out for a days fishing. Huanchaco near Trujillo has such splendid fishing boats the like I have never seen before, where the bow just rises high out of the water in its almost half made design and just to add some more craziness, they are made from tightly packed straw. 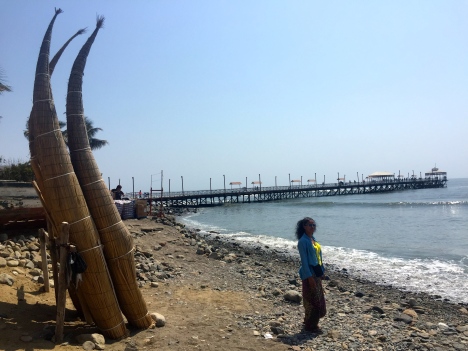 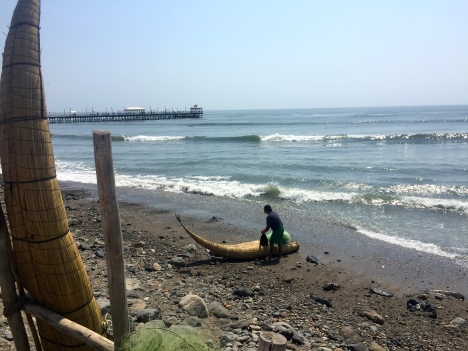 Getting around Trujillo, it is possible to walk the streets but to get to school and outer lying areas, the taxi, combi van or bus is a necessity and there are literally thousands of them running all day long. There are two forms of taxis, one of which is a private hire, easy to flag down on the street which will take you anywhere, then there are the taxis that go on a set route, which fit two people on the passenger seat and four or five across the backseat and often these people are not even travelling together, just on the same route. The combi vans have the traditional sliding door operator calling out at pedestrians along their routes and you can easily cram between 18 and 25 in these depending on its size or the desperation of the SDO. The buses are slightly bigger and have more female drivers and SDO’s but are the most colourful and possibly more spacious option on set routes. 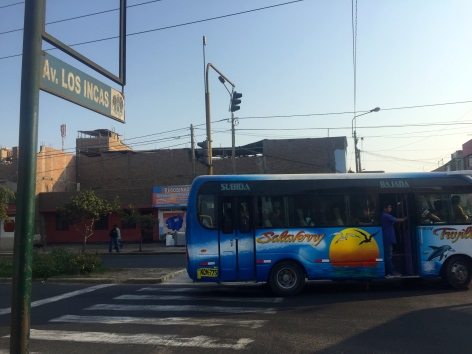 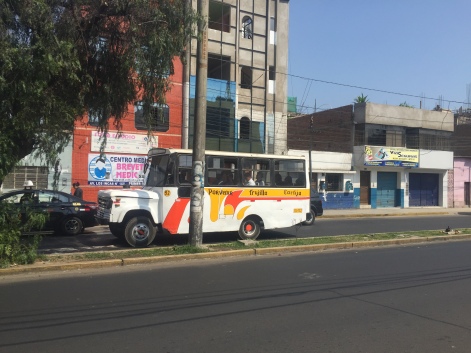 The buses are monitored at various points along their journey by ladies sat with a clipboard on the pavement, ticking off the bus, time and route all day long, whilst the taxis are monitored by the sliding door operator jumping out running to a machine to get a time stamp at specific points on their journey, within a six minute timeslot. The consequence for being too early is that they will be too close to their colleague and hence have fewer passengers, whilst being too late, gives opportunities for their competition to pick up the slack between the driver time intervals. Anyhow, the punishment for these guys, is not being allowed to drive during the peak times of the year and so losing out on bug money. It all makes for an exciting non-stop ride in a bus or taxi through the streets. 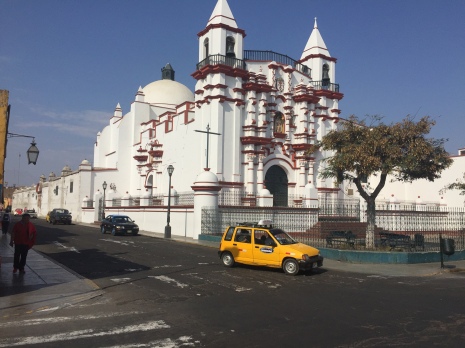 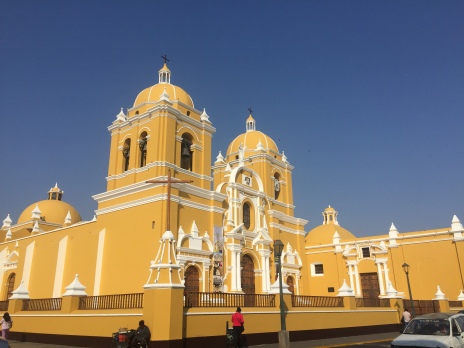 Meanwhile down at the Cruz del Sur bus terminal we had our 24 hour bus journey north to Quito, Ecuador all planned online and were thrilled to get on this luxury bus, well luxury compared to what we have been on, with blankets, meals and refreshments provided, Spanish language personal TV, charger socket and best of all, only six other passengers on the entire bus. The hardest part being sat in the seat for most of the mind numbing actual twenty-seven hours, inclusive of the easy border crossing, there is certainly time to think about life and people, best of all not losing power on the devices alleviates complete boredom. 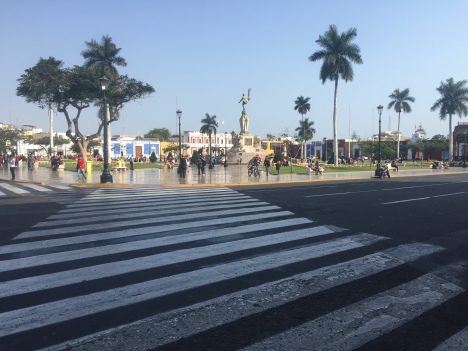 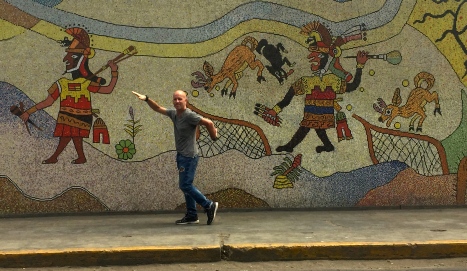 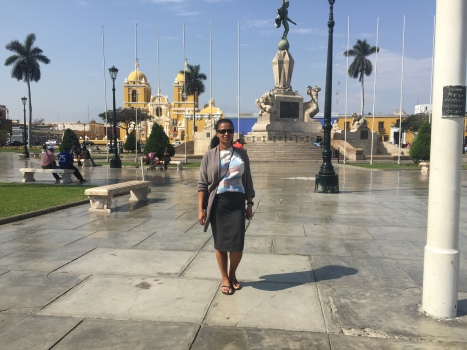