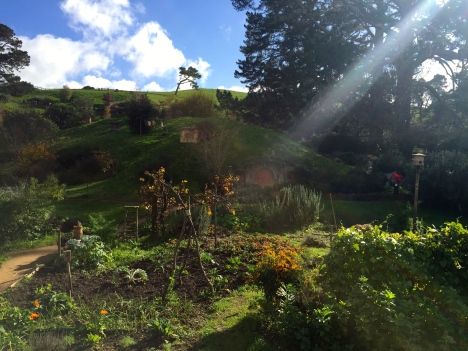 Doing a touristy activity feels kind of strange and almost awkward, but we are tourists, just not your typical holidaymaker type of tourist. However, it was a no-brainer to drive to the Hobbiton Movie set en route to Auckland, just being prepared to pay the admission fee is the hardest part. Set on a farm on the outskirts of Matamata, these rolling green hills already make you feel like you are entering a land of makebelieve, no wonder when the location scouts for Lord of the Rings arrived here, they decided with Sir Peter Jackson, to cancel the other 12 locations and shoot everything for the Hobbit shire here in one location. 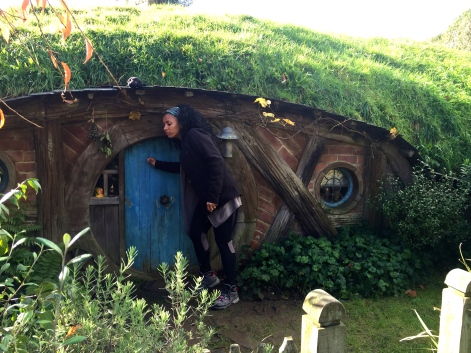 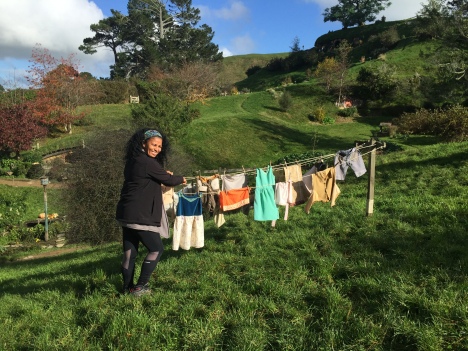 think maybe those clothes will fit us

You get a true sense of the scale and how the movie camera plays tricks with your eyes when you are up and close to the tiny houses with big doors and some with small doors, some with small gardens and some with tiny clothes drying on a washing line. It’s all been designed with precise attention to detail, even the grass path to and from the washing line has been carefully walked upon to make it look natural, the huge grand tree at the top of the village hill is actually fake, with over 100,000 leaves sewn on to metal branches. 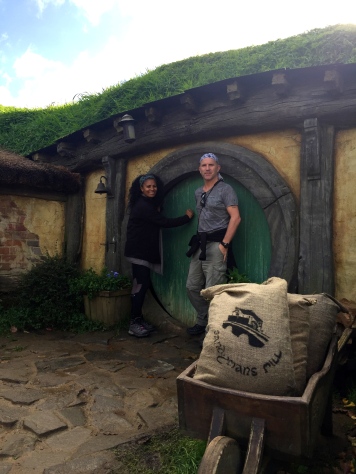 right size door as far as we are concerned

You get a sense of the fun times the actors and crew must have had here filming these movies and the excitement of being in such a beautiful countryside. 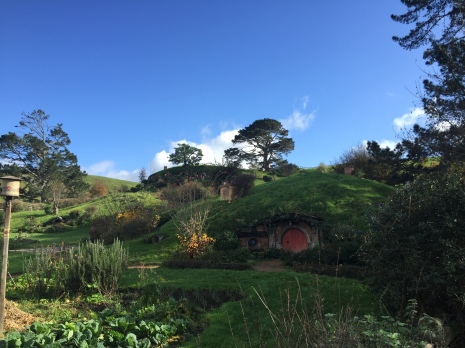 Next time I feel like a LOR fix I will be pointing at the Shire and the Ring we held with some boyish glee, claiming ‘I was there, I held that’…..next time! 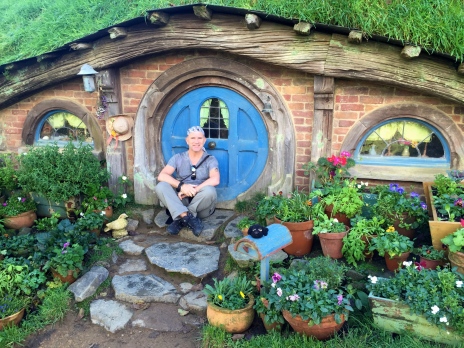 The green hills are less mountainous than other parts of New Zealand, but you get a sense that someone actually created this countryside just so it could be painted or featured in a blockbuster movie. 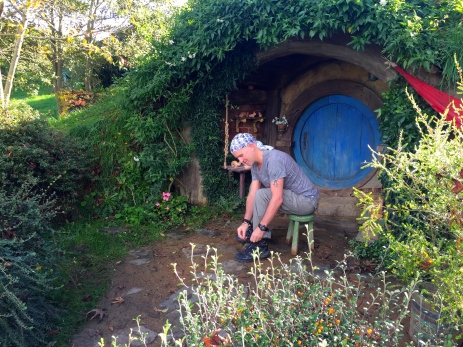 it’s not the quantity it’s the quality that matters 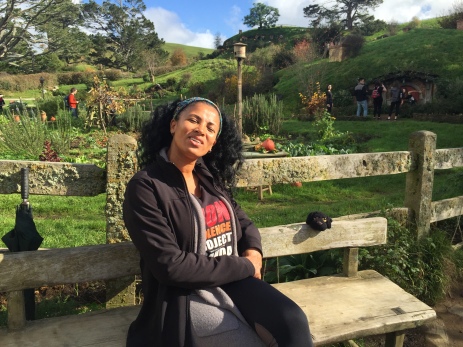 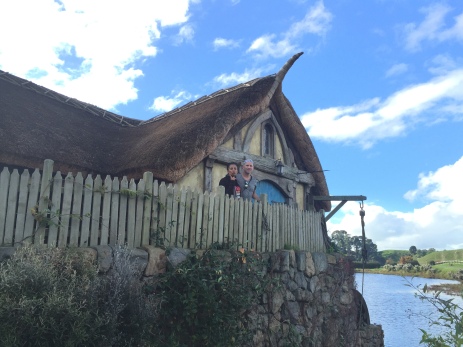 alert, alert be on the lookout for two life like hobbits