Mission Impossible 6: Attack of the Colonials

Tom Cruise has not contacted me yet but I remain hopeful waiting for his call for Mission Impossible 6: Attack of the Colonials.

The Army Museum in Hanoi gave a stark reminder of the many movies I have seen about the Vietnam War, but the most surprising was the French impact prior to 1960’s. Once again my colonial brothers from many years back have mistreated locals because of trade of goods, usually some minerals they were after.

The helicopter pictured is an actual US one used in the war and captured by the Liberation Army in 1975. Whilst the Russian tank is now a national heritage item along with the fighter plane, still armed with missiles. 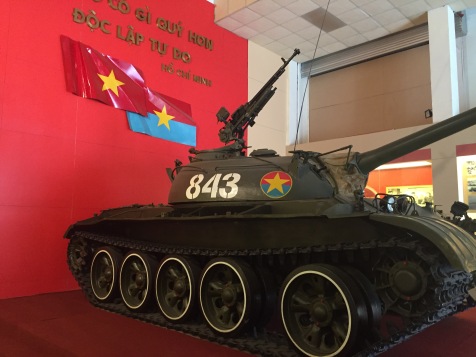 Seeing all these machines of war that caused so much carnage in more recent past is a real inspiration to keep fighting for diplomatic solutions no matter what. I can’t help feeling that seeing these machines of war should be compulsory schooling for all children rather than the fake online games that so many seem to enjoy playing.

Nevertheless, jumping off the helicopter did create some moments of laughter for us during this sombre visit.