Riding our luck on the tramways

There is no getting away with it, there are some super cool trams across the world, that does not mean that I have turned into some geeky trainspotter, but I definitely love riding on all these new, but more especially, older forms of public transport and the tram overground, not overhead, is the best of the lot.

Turin, the old capital city of Italy and the home of the wealthy and powerful royal family, that was the Savoia, with their castles and palaces strewn across the city and region, which I doubt they ever rode the tramways, perhaps they just walked under cover of the stone arch shopping districts and Garribaldi Street across the city centre.

Meanwhile, the metro underground is just a two-direction, in and out system, no fun there, even if it is rather effective, the fun is just, well it’s just too easy. However, the old orange electric trams, or even the green one’s are kind of super cool how they pause at the traffic lights and play chicken with cars on the streets to meet their stops.

The seats are circular and use so much space, I think made from iron, that was how it was done back in the days of yore. Everyone crams on, no hassles, just move into the space becoming a little more like a sardine at each busy stop, then, all of a sudden everyone disappears, and you can breathe again.

The ticket is a mere 1,50 euro for a ride anywhere in the city, but the machine does not dispense change and that was the day that we decided to jump a couple of stops. We did pay the correct fare, “honest m’lord” but we only had one ticket as proof and yes you guessed it, the ticket inspectors boarded, all three of them at the far end of the tram.

It was too late to pay again, as we saw them target the youngsters and with a huge fine upwards of 60 euros, which our friend Mario informed us is being changed to 2000 euros, our hearts skipped a beat and admittedly a bead of sweat ran down my forehead. Could we get to the next station and jump off the tram with only one stop from our destination or should we ride our luck with a lame “non parlons Italiano”. 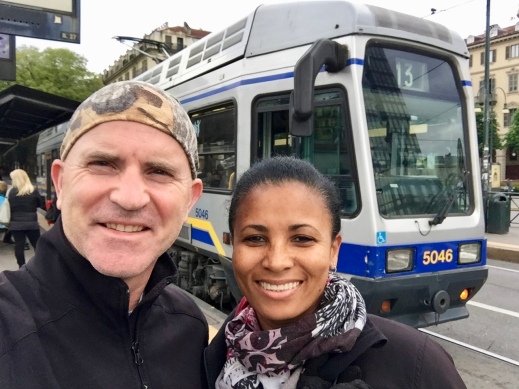 As luck would happen, the teenagers were marched to the machine to prove their tickets were valid, so many of them, it took too long for the inspectors to reach us and this allowed for our sweet getaway. 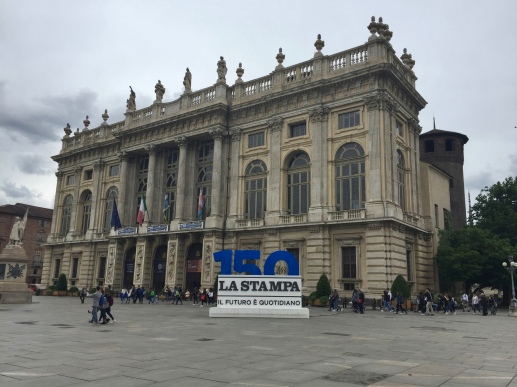