Jetsetting lifestyle of the rich and famous 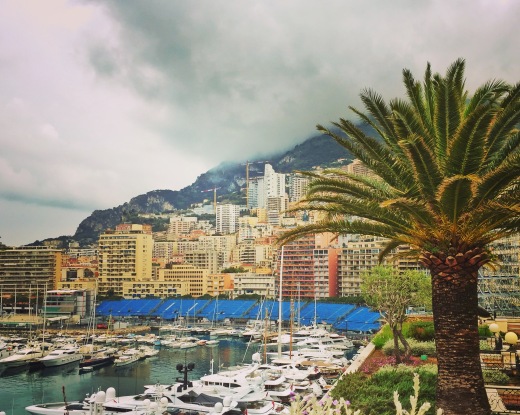 The 15 minute train ride from Nice to the world’s second smallest country, Monaco (Vatican being the smallest) at a whopping 5 euros each gave us the opportunity to spend the day walking around this tiny principality, once of French ownership and now belonging to the Grimaldi family of Prince Albert and most certainly the richest country in the world per capita, with more billionaires than anywhere on the planet. 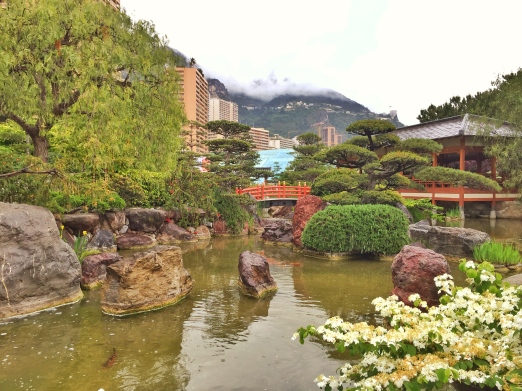 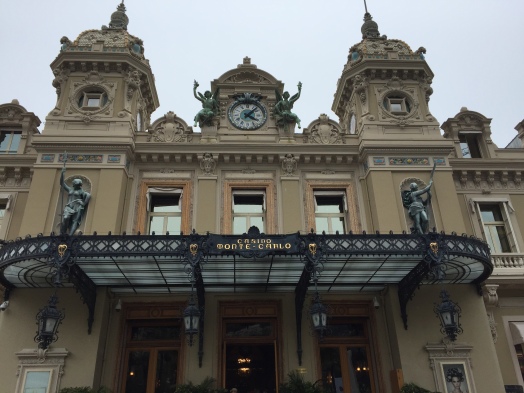 After all these months of backpacking and sleeping in tough environments and eating basics, this enabled us to peek through the looking glass and see how the other fabulously wealthy jetsetters of the world live. No volunteering going on here!

Aside from the obscene wealth we could see in the shops and I mean Ferraris, Maclarens and Rolls Royce’s galore in car showrooms and designer clothing boutiques, or the fabulous yachts and boats docked in the harbour, the country and mini-state is quite walkable in a day visit.

BlackDawg on the Formula 1 track

We managed to have the whole beach at Montecarlo to ourselves without another tourist in sight, probably due to the rainfall. 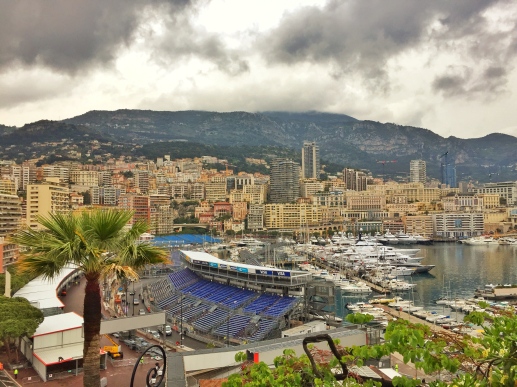 Heading towards the Formula 1 Grand Prix circuit, that was in the process of having the seating infrastructure installed, it was a surreal feeling standing on the race track with the odd car zipping passed us, where in a few weeks the world’s fastest racing cars will be doing more than zipping around this notoriously difficult circuit.

The Grimaldi Royal family sit high above in their palace overlooking their country and from here is where you can visit Princess Grace – ne Kelly – tomb within the beautiful cathedral on the hill top. I don’t know if it’s legend or fact but if the Grimaldi family do not have a male heir then the principality, then it will be handed back to France for sovereign ownership.

Let’s see what the billionaires say about having to pay taxes if that ever happened.