Stop whining, it’s all part of the travel experience

it usually rains for one hour only, but when it does, you know it does 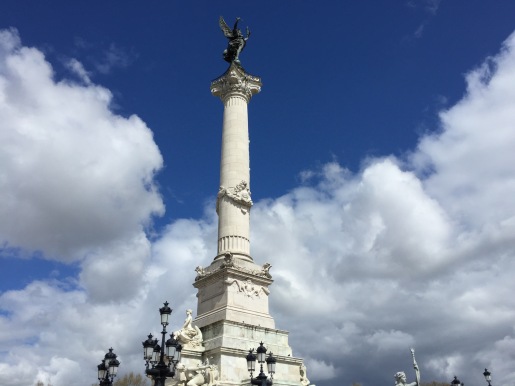 There is not much point in visiting Bordeaux if you are not going to taste some of the wines and Bordeaux did not disappoint with any that we consumed, just the prices for backpacking rates left us at the 1 euro a bottle vintage selection, ie the bottom shelf and the wine tours are hellishly expensive. 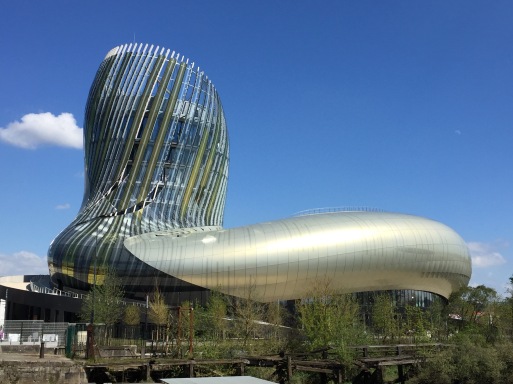 The city itself has a complex network of streets that fan off from the River Garonne in the Aquitaine region of France, South West France and with direct access to the Atlantic Ocean, which back in the day aided in the Atlantic Slave Tarde, of which this part of France has a sordid past which the Bordelais do not like to talk about nor could we find any memorials, that’s another story. 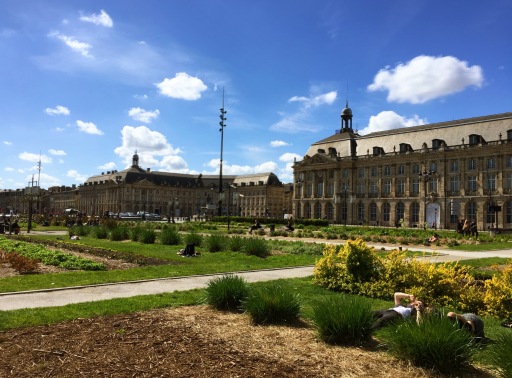 Pont de Pierre, the bridge that spans the river has the same number of arches as that of France’s greatest exporter; Napoleon Bonaparte, that anti-hero who had a significant impact on both mainland Europe and the American continent.

Suzanne our hostess at our digs

The old town is a labyrinth of narrow alleys zig-zagging in this maze-like design, following the river profile doesn’t help nor is it as much fun as discovering the small antique stores and many street cafes hidden away in this splendid gothic styled city. 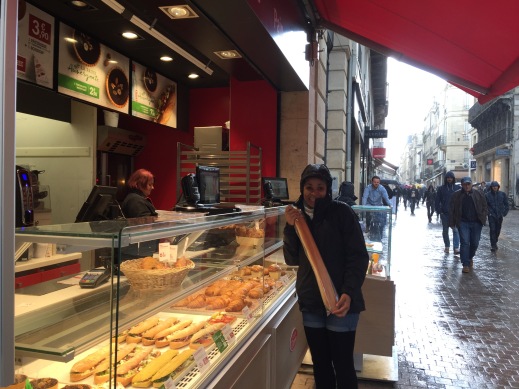 The tram system is pretty good and using the pass for 1 hour at a couple of euros you can cover a lot of ground, the real challenge is actually buying the ticket and you would think that after all the metro systems we have been on by now we would have it off to a tee, not so. The challenge with this particular system is that the screens are in direct sunlight so it makes it hard to see and the biggest almost comical challenge we had to overcome was how to use the screen. We now know it is a not a touch screen, nor a press to select system, this one has a wheel that you turn to make a selection and the wheel is not identified, nor has an arrow. I know it sounds simple, but it did take us far too much time to solve this puzzle. 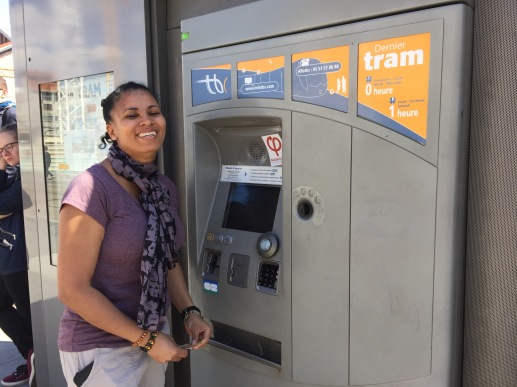