We lived with Preston and Marisa for a month in Cali, sharing everything and when I say everything….I lie. We did not share toothbrushes or beds! We did, however, share an apartment in downtown Cali where we were all volunteering at the Light Up English Club. 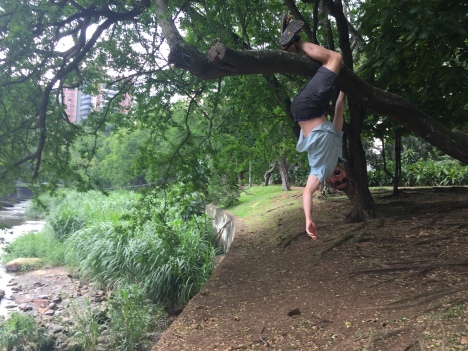 Preston hanging around as usual 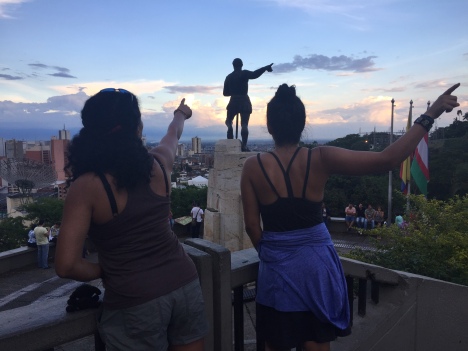 the girls trying to be in charge of giving directions

and the little one said, ‘roll over, roll over’…

Preston, my bad hombre, is an ultra cool guy, great fun, loves fitness, gets all serious about topics very quickly, willing to get stuck in to any task, talks when he is sleeping sometimes, and a really kind soul, he tells me that he was once an Ohio State semi-pro American Football receiver, I think it is a position in that gridiron girlie game, because I have seen him play real football and he can score an own goal from any angle, all on his own.

the girls show how to grab that pussy cat

Marisa, that nasty woman, is a tough cookie, very clear and direct about what she wants, has a real genuine kind soul, cheeky with it mind you! I had to keep her in check and well behaved many times. She loves playing football and can actually kick the ball harder than Preston.

Living with complete strangers, eating together, travelling together, translating their very poor English, working together and sightseeing together, we were truly privileged to have met these two great people, a real inspiration. I hope one day we actually drink more than two margaritas and one large beer keg or tube without talking about it!

posing as only Preston can, but giving him a run for his money

It was so much fun playing yahtzee, card games, even a strange oreo cookie game, that I have a video of somewhere, with these two, even when Preston cheats so much. I think their English has improved since they met us, but I think they taught me a very poor American accent, as I sound like an Australian speaking in reverse, hmm maybe that is how people speak in Colorado.

A great blessing to have met this couple from Denver and wishing them all the best until we hook up in Cape Town.