Somewhere over the rainbow

I have lost count of the movies that have a scene overlooking Tokyo harbour and the bridge spanning from one side to another with the breathtaking backdrop of the city lights on either side of the water. But this was no movie, we had decided against the hop on hop off bus tour and instead decided a walk across the bridge would be more interesting.

So making the short 1,5km walk to the bridge and through some industrial estate we found the walkway and some 6 stories high above the water was the bridge itself.

I suffer from vertigo so walking out onto the suspension bridge was one thing but as the vehicles sped by on your inside and driverless trains on a central lane the whole bridge rattled just like my knees were rattling. Determined to overcome the sweat and stress building up inside me I let the girls walk ahead while I gripped the inner barrier and moved steadily along until I was comfortable with the shaking and noises of steel groaning.

As dusk fell and the lights grew in the city buildings we reached halfway while the ferries and boats passed down below us heading out or returning with their cargo safely onboard.

Then reaching the other side we could see the curve in the bridge and the multi coloured lights shining on its uprights, red, orange, yellow, green, blue, indigo and violet projected beautifully on this superb setting. The Rainbow Bridge walking tour is not for the faint hearted but more stunning up close and personal than from Tokyo Tower or Skytree.

My legs and stomach returning to normal as I touched back down to earth a couple of hours later.

Vertigo, I laugh at you but I know you will be there to haunt me in the future. 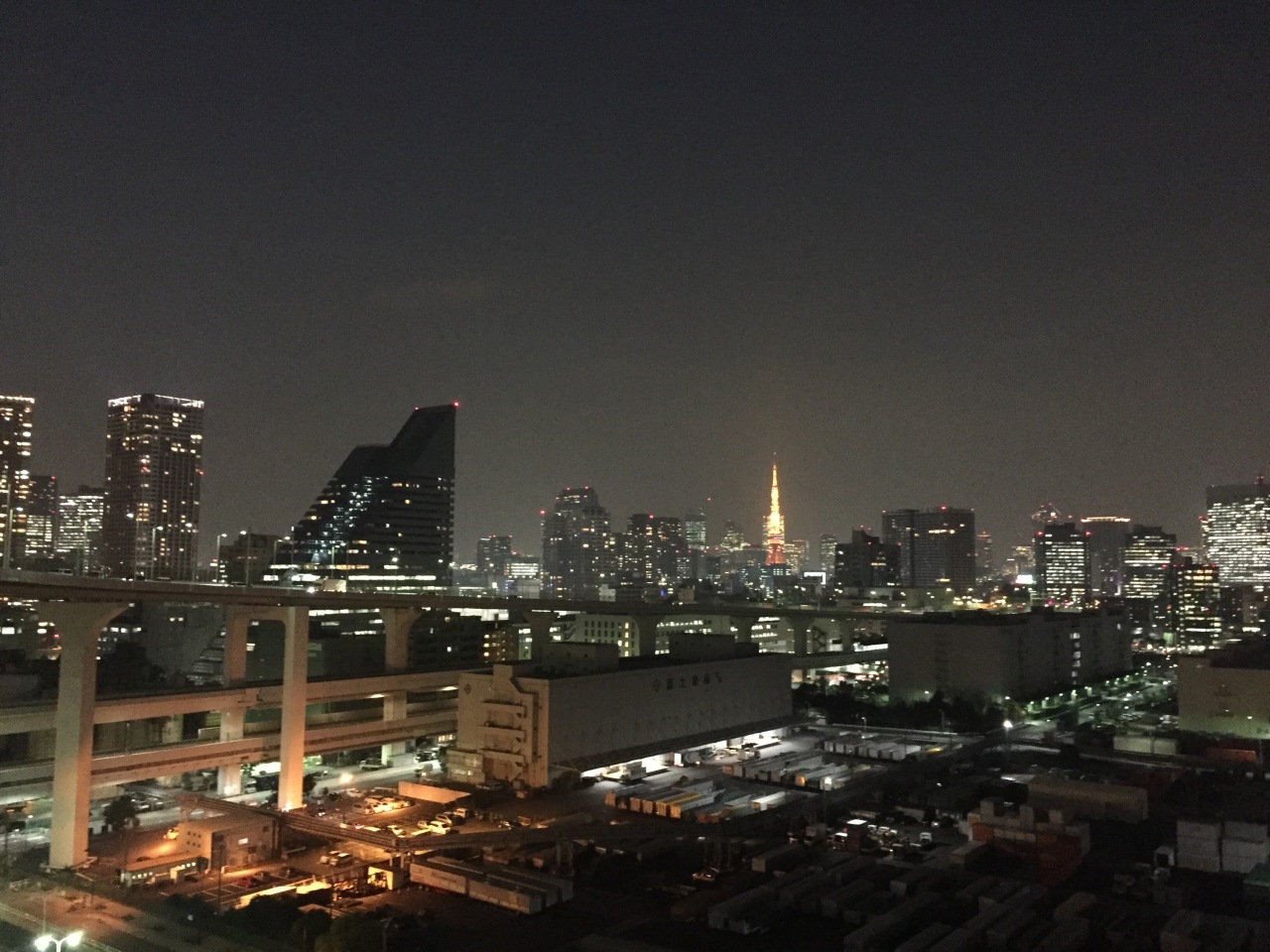