and then the Japanese created Shinjuku and Shibuya

The best time to visit this entertainment fun park called Shinjuku in Tokyo is during the evening, when the sun has gone down.

Taking the pedestrian crossing in unison with everyone else, which is exactly when the little green man lights up and not a moment before, about one thousand people pass by each other in two directions, no bumping or barging, just a steady flow of human beings moving in or out of this district.

Heading into Shinjuku my eyes lit up like a kid at Christmastime, well it was the right time of the year, but this place looks like daylight all the time, with its street signs, shop banners, bars, cafes, karaoke, rent-a-room (more about that later). You could actually get away with wearing sunglasses and no one would blame you, it’s just that bright.

It’s the first time I have seen anime shops close up and they are packed out, then there are the bars that have a massive robot serving as waitresses,!the Yakuza stand silently in the shadows, which is a credit to them in these lights. 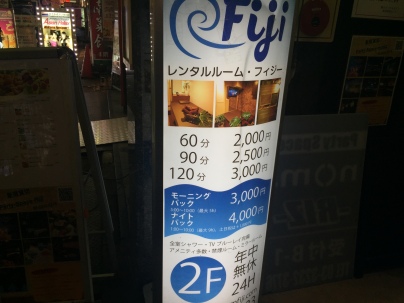 Now the rent-a-rooms work something like this, it’s a hotel with a bed and tv and you pay by the hour…..based on the number of dancing bars in the area I think it is more for taking a new short term friend to discover each other 🙂 my vagueness in describing these rooms is based on not testing out the process obviously.

The place is buzzing with traders selling their products, enticing you in to spend a little more, that is unless you look foreign and they could get embroiled in a conversation not of their native language, so they just politely avoid you and save themselves some trouble, alternatively maybe they just did not like the look of me and my backpacker look.

Shibuya meanwhile, is a short metro ride away and the shops are all of a buzz with fashion retailers from abroad and local mixed up with electronic goods in a mish-mash of streets close to the main JR train station. The exact same pedestrian crossing practice exists even on the one-way, one-lane streets with no traffic passing.