Valley of the seven castles

The train from Brussels to Luxembourg was another one of those transitions moving effortlessly from one country to another with no border control and this time being greeted by Cees, our Dutch friend we had met when volunteering in Thailand a year ago.

Our digs were across from one of the seven castles of the seven valleys or was it the seven valleys with seven castles, anyhow waking up in our hostel to such a beautiful sight in our tiny village was superb and with Cees staying only a few km away we spent this couple of days together catching up and yes I went to the Irish Pub in town watching England lose their final Six Nations clash, with Cees beaming in his adopted Irish jersey. Never did I think I would be watching England’s rugby team in an Irish Pub in Luxembourg with my Dutch friend who was supporting Ireland, just goes to show what happens when you don’t plan too much in life.

Palace of the Grand Duchy

I think in the 3 days we spent with Cees we saw the whole of Luxembourg, it’s not quite the smallest country in the world, but at 28th smallest, there are many provinces, county’s and states we have been in, that are far bigger. The city centre with the palace at the centre, home to the Grand Duke, is the only Grand Duchy in the world today, it has an atmosphere as if it is from the Princess Diaries movies. 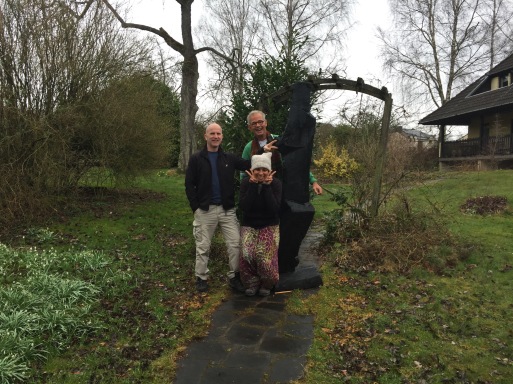 Cees in his Ireland jersey 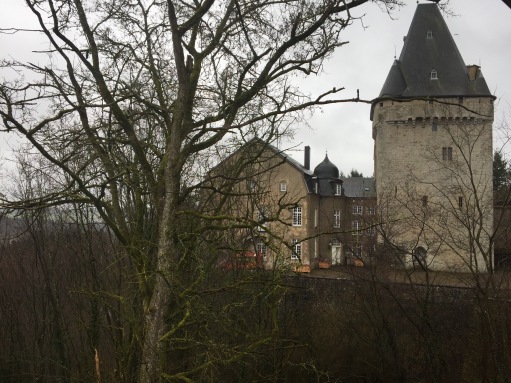 View out of our bedroom of one of the castles

The castle’s in this region were built mainly to protect the locals from invading Hungarians many centuries ago, whilst the old Roman town, currently being excavated, was a settlement normal for those days in a prime location to see oncoming assailants, whilst enjoying the view and the odd decanter of crushed red grapes.