A bridge across silicon valley and into a prison

Hilton Hotel eat your heart out

Alcatraz, the former Federal Penitentiary for those dangerous of the most dangerous criminals was closed many years ago, hosting the likes of Al Capone during its heyday. Touring around with the headset stories playing, gave an insight as to life back during the 1930-1960 period of being incarcerated or being a guard on this not-so-tropical island, a mere one mile from the San Francisco land, sitting in the shark-infested bay.

Inside our Airbnb at the Beecroft’s

It’s worth a visit but in comparison to life in some other places we have visited, the three square meals a day, painting sets, books and exercise it was almost luxurious, well maybe not quite Hilton Hotel, but not nearly as bad as Robben Island or some villages we have visited on our travels.

The hugeness of the Golden Gate Bridge only becomes apparent when you are actually walking along it, it is about one kilometre long, the sheer audacity and engineering skill that went into constructing this amazing suspension bridge, it does move slightly in the wind, and as the cars whizz passed on the inside, you get a feeling of excitement to be here, well I did, but it’s also a bit scary as only the cold water lies directly below. Definitely, some great views across the bay of this masterpiece and from the gantry-style walkway. 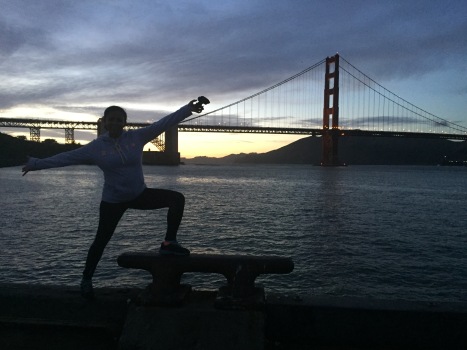 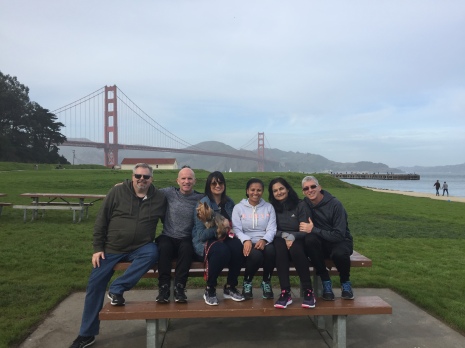 From the Chinatown replica of places we saw on the otherside of the world in the real China, to the several bay spanning bridges, to Silicon Valley IT headquarters of Apple, Google, Oracle to name but a few, the terrible and I mean terrible road surfaces on these rather bumpy and hilly roads, then there is the peace and tranquility of Redwood Shores where we stayed with the Beecroft’s, there is so much to see and get involved in around this cool part of Northern California. 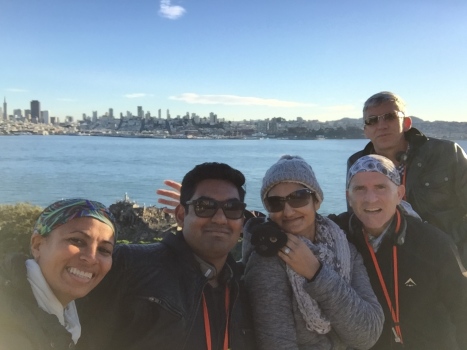 Looking back at SF piers 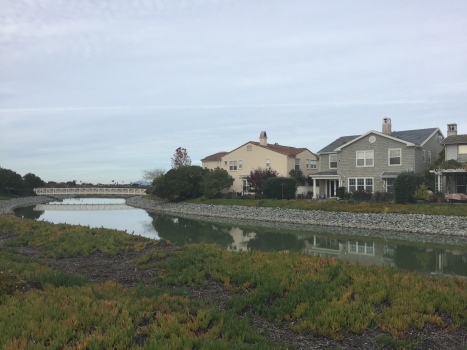