The oldest streetcar system in the world

How cool it is to travel on streetcars, not trams or metros in New Orleans, its streetcars and this is the oldest streetcar system in the world, dating back to the early 19th century. The system is not complicated, with only four lines, complete with a day pass that actually lasts 24 hours from when you purchase it, for a mere $3, not like some systems which finish at 23:59 or 03:00 not exactly 24 hours ever. 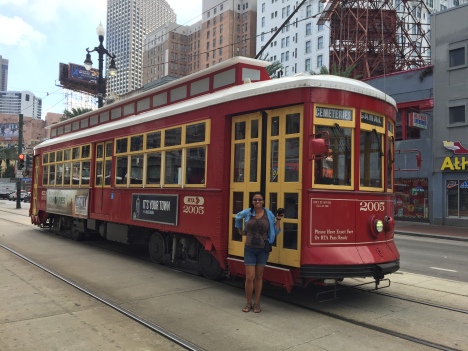 The carriages are immaculately maintained with a wonderful hardwood varnish finish, but oh my word how they cram people in. I can only imagine during peak seasons how busy it must get. They were hit hard by Hurricane Katrina back in 2005 and the cars were badly damaged along with many things in the city and across in Algiers, which many believe was sacrificed when floods hit NOLA hard.

You can travel up and down and across the central district from Cemetries along Canal Street, passing the famous Bourbon Street and end at the Mississippi River and connect for a short ride along there or connect and head out of the centre along St. Charles Street towards Tulane University a good 45 minutes away. 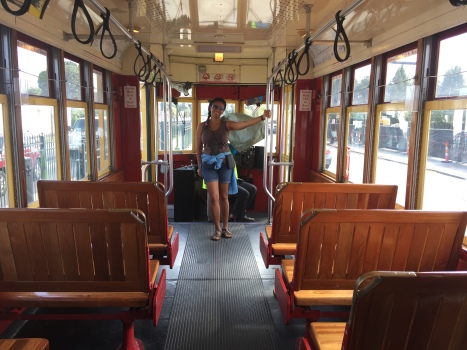 The movies always show the actors jumping off these streetcars, but it is just not possible, nevertheless the temptation is great as they don’t really move at a high speed, not for these old legs though.