All the way to Phuket for a date with my past

Famed for its beaches, nearby islands and its lively nightlife, Phuket is a town I visited some twenty years ago to party and sunbathe. In between, it was hit with the tsunami which wiped out many of the nearby islands infrastructure, but Phuket seemed to have grown…..well I say that due to the number of bars down Bangla Road. 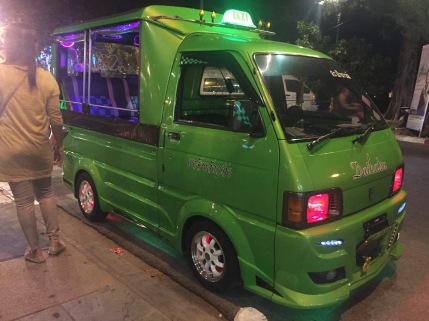 The hugs array of lights, music, girls dancing, the obligatory ping pong show, massage parlours, tattoo studios, restaurants and cafes and not forgetting of course the souvenir shops selling cheap goods that would not go amiss in the midst of Costa del Espana, sorry Spain, no offence.

By pure coincidence my old friend Matty was in Bangkok and had flown down to Phuket for business and we managed to hook up. Great catching up with him after not seeing him for a number of years, yet I realized that I had changed so much since when we used to go partying and hanging out together. His grizzled face, covered with a greying beard and chubby looks have now replaced the young model like dude I used to play squash with, who the girls used to admire. The laugh and boy like charm has not faded, as we caught up on what we have been upto, notwithstanding the Facebook posts over the years, there is nothing like proper face to face communication. I wonder when I will see him and where next time as he hops between his Ibiza night clubs, Budapest architecture and expanding his business across the globe. It reminds me of someone who said……”don’t worry Rodney, this time next year, we’ll be millionaires” 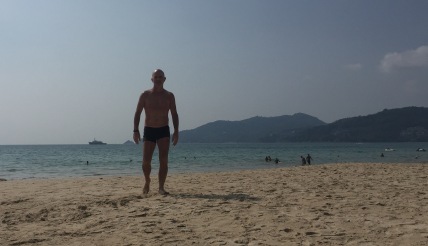 Sharki3 and I hit the beach and caught some rays and a few cool dips into the Andaman Sea, once again a different body of water since we got wet in the Arabian Sea in Goa several months ago. 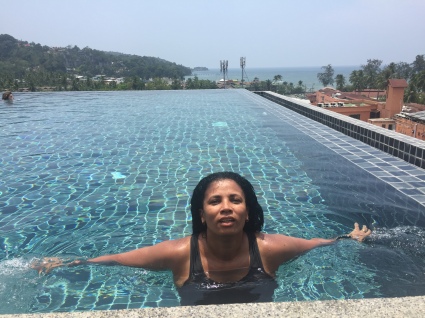