When going to China, people generally try and see the Great Wall of China. And of course, that was our aim as well, but as usual nothing with us is ever really straight forward.

The preamble to this story have to include that we were not staying close to the usual tourist part of the Wall, which is in Beijing. We had a marvelous time freeloading with our friend in Tianjin and as a result of that, was made aware of another access point to the Wall.

We investigated and phoned a friend, found out the buses and routes there and was ready not so early, but reasonably timely for us. So off we set one sunny, but cold day to see the Great Wall at Huangyaguan pass.

Getting a taxi to Heibei station was not so easy. One taxi driver tried to milk us for double the price; yeah right! But four false starts and one potential shake down later we were dropped off in front of a bus station. The whole place was shutdown and the taxi had left. We were surrounded by some very loud taxi drivers speaking gibberish and decided to walk down the street trying to find some help.

A very nice guy in a little coffee shop, told us in his best english that the bus station had closed down and moved to another location some two months ago. We asked him to direct a taxi driver to the new location and five minutes later we were on our way again.

Finally at the bus station, a real one this time, we ask in our best Chinese for two tickets to Jixian county. The ticket lady can’t speak chinglish and just shakes her head. We are determined and two minutes later another friendly guy gets called over with a bit more chinglish at his disposal. He also says no, wrong station. Our first thoughts are not for mentioning here; we were just a bit despondent! But we are not so easily phased and Fin got out his translator app assuming something was getting lost in translation. Finally the lights go on and we get our tickets. The bus is due to leave in five minutes and we make it with time to spare.

Thirty minutes on the road and we hit a wall of trucks, cars and other buses at the toll gate. Some loud Chinese is spoken by the driver and some loud Chinese is returned from some of the passengers. But what does it all mean??? A girl next to Fin, translates into chinglish  that the toll is closed due to fog. No idea of how long we will wait.

So we wait and we wait. Some guy got off the bus when it stopped, when the loud talking first ensued. And some others went to a different bus. We were going nowhere and the driver wasn’t making a decision. After an hour on the bus Fin went to try and talk the guy into turning back but he wasn’t swayed. It would have been easy to wait it out and go to the wall, but the risk was in returning in the evening on the same road that was now closed due to fog. Too many variables… So we decided to cut our losses and walk to the nearest metro. Thankfully our vpn, battery and airtime was still working so we could google the nearest station. Said station was 6kms away, but what the heck!!

To make a long story even longer, we walked for about 300 meters then decided to hitchhike. First  truck coming past, the driver slows and makes some gesture to us. We run and in our very bestest Chinese we agree that we need a lift and he’ll give us one. I show him where we are going and he explains, in Chinese with some gesture, that he’s going in the opposite direction at the intersection. We are happy because the intersection is four kilometers away.

Happy not to be walking 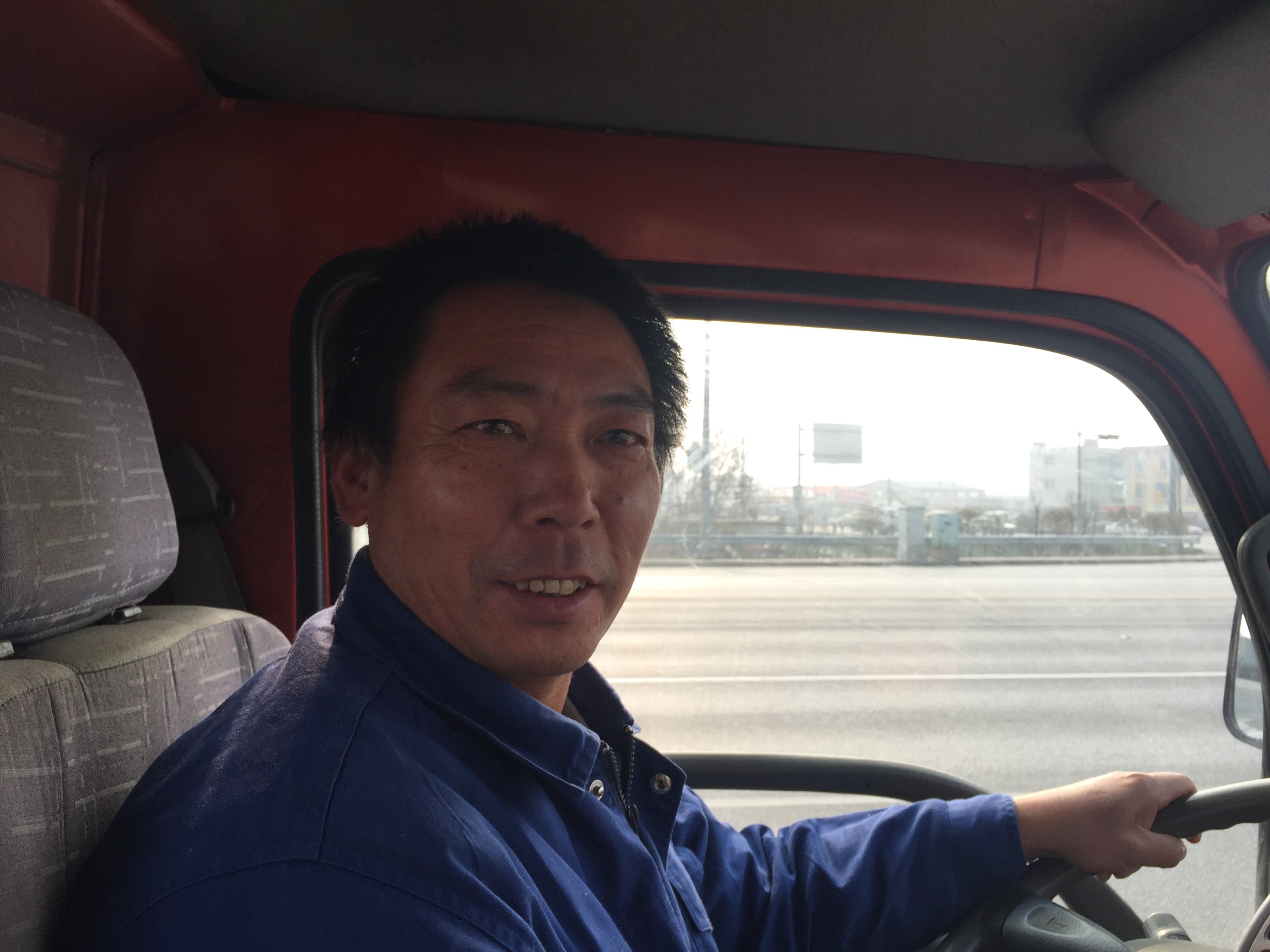 This guy is the man! 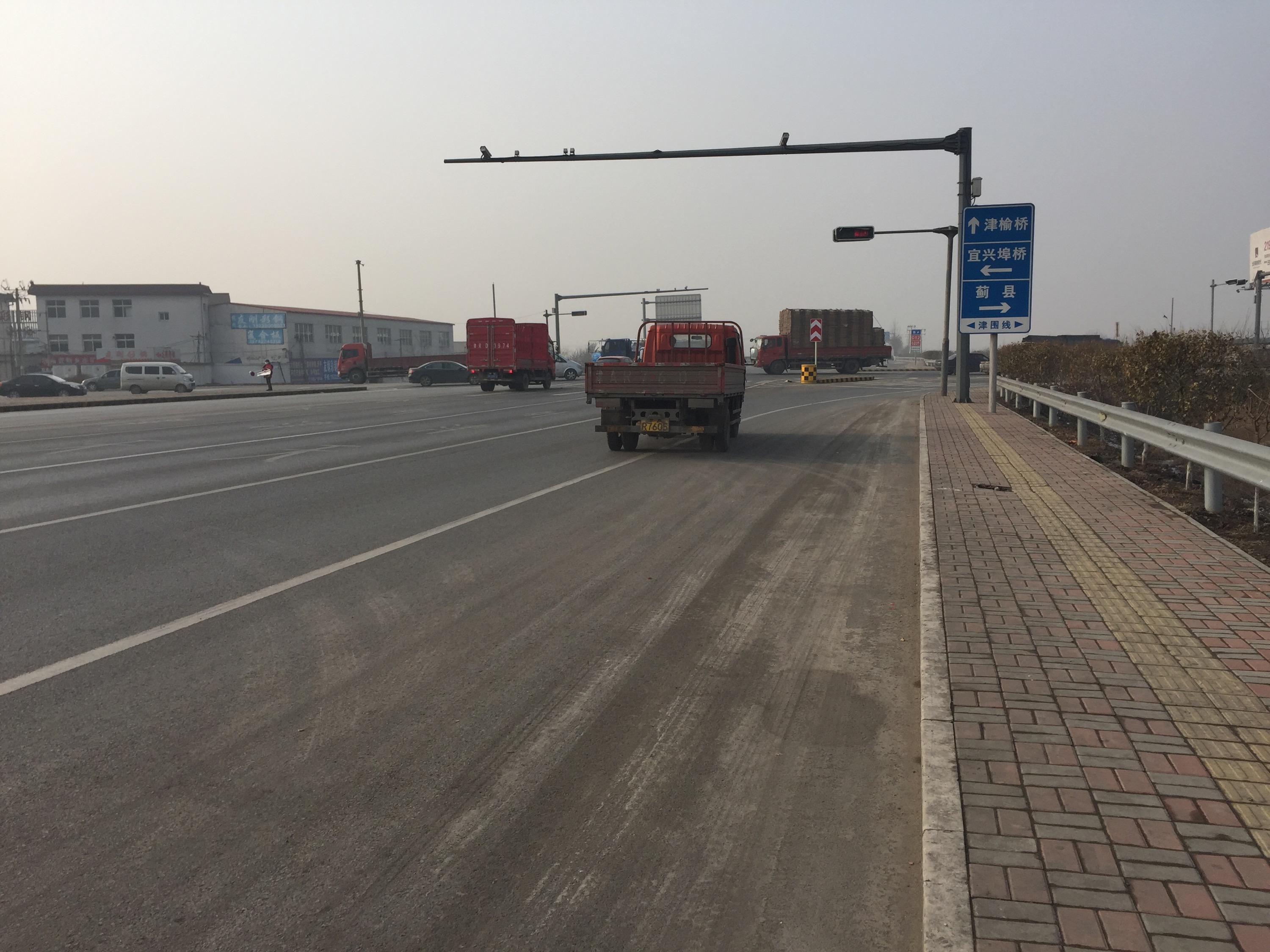 And off goes our knight in shining armour

We get off, take some pictures with him and happily set off toward the station.

Fin flags down a tuck tuck going in the opposite direction, which I don’t even think was a taxi, but he agreed to take us to the station and we get there in time for the next train with only 300metres of walking done! Phew…. 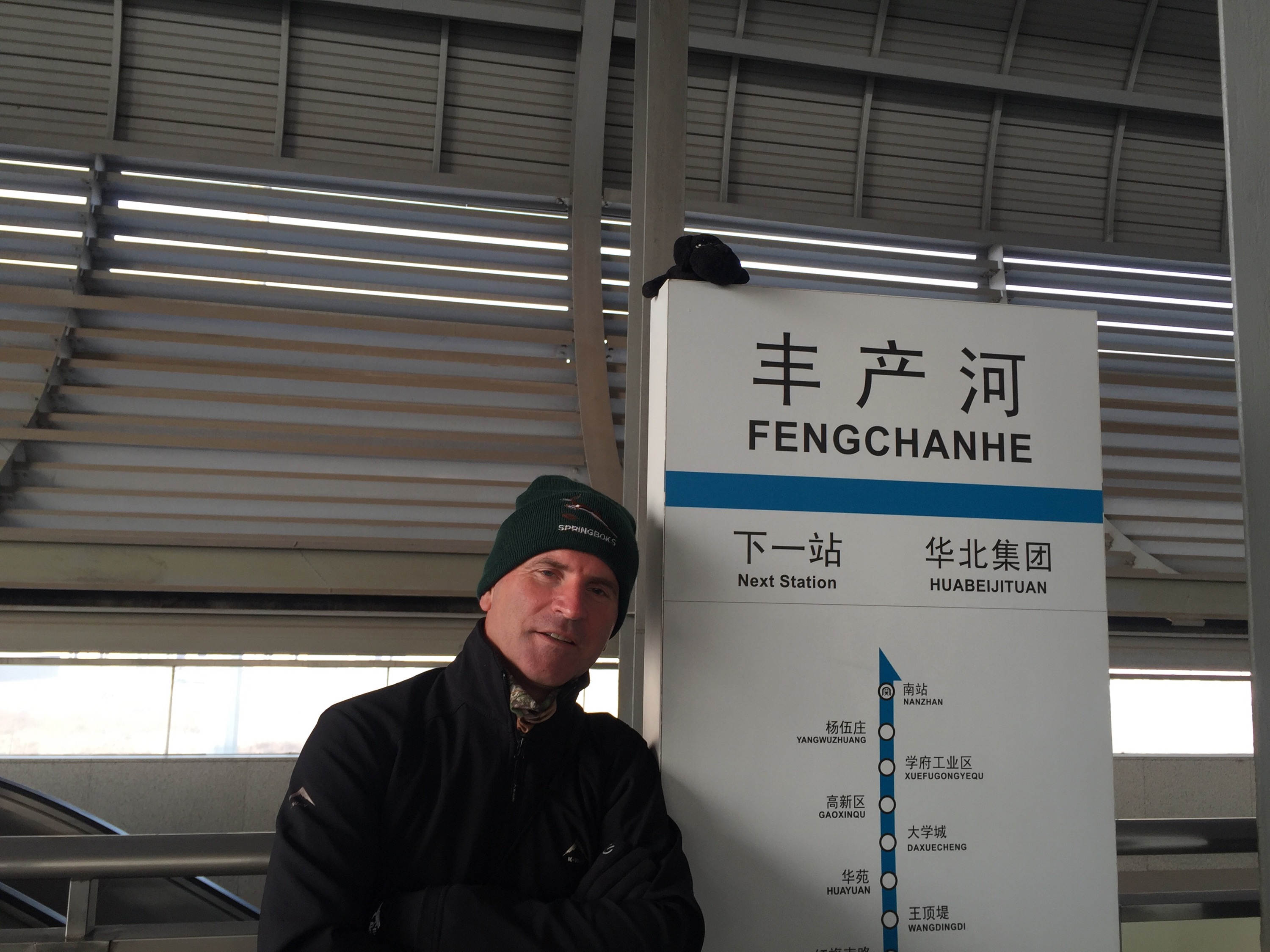 The second to last station before the sticks

So instead of the wall we spent the rest of the day exploring downtown Tianjin. Our friend was totally flabbergasted and disappointed that we didn’t get to the wall, but our kind of adventurous fun can’t be ordered from a catalogue!